After graduating from high school, you can choose from a couple of next steps to take: get a job and get a bachelor’s degree. You are swaying more toward making money right away than paying money for secondary education but wondering if you will be able to find a job armed only with a high school diploma.

There’s no need for a college degree to find a job or set up a business. However, for those with a high school diploma and no college, employment rates and annual and lifetime earnings can be lower. Over 80% of all jobs in STEM, healthcare, education and government sectors require a college degree.

On the fence as to whether or not you should get a college degree after high school? Read on.

This article will provide you with many different figures (including employment rates, median annual earnings, estimated lifetime earnings and poverty rates for both high school graduates and bachelor’s degree holders) that can help you figure out the smartest possible decision necessary for the attainment of the career and life you want for yourself.

Related Article: Why College is a Waste of Time and Money

Employment Rates for People With a Bachelor’s Degree

First things first: the majority of both those with a college degree and those with a high school diploma but no college enjoy good employment rates — 86% and 69%, respectively.

However, needless to say, the employment rate for individuals with a bachelor’s degree is higher than job seekers whose highest educational attainment is high school.

College graduates exhibit better economic stability, too, says not only studies and statistics but also college degree holders themselves.

As a matter of fact, according to a survey by the Federal Reserve, around 89% of those with at least a bachelor’s degree said they were doing at least okay financially.

But besides enjoying higher chances of getting employed, college degree holders are also more likely to be employed full-time, which is one of the reasons why they tend to have better economic stability than high school graduates.

The fact that the majority of those who apply for jobs with a high school diploma only do get hired, too, is incontrovertible proof that one does not need to have a college degree just to be a part of the workforce.

A high school diploma is enough for you to get employed — all you have to do is apply for the right job.

As mentioned early on in this article, over 80% of all available STEM, healthcare, education and government jobs, which are considered the fastest-growing occupations, demand a college degree.

Needless to say, if your goal is to be a part of one of the industries mentioned above, it’s a better idea to build a college list than search for job openings before you graduate from high school. Many professional jobs require professional licenses, and a bachelor’s degree is a requirement in many licensure applications and examinations.

CEW adds that up to 65% of all available jobs require some form of college or training:

Based on CEW, around 36% of all job openings do not require applicants to have education beyond high school. This means that those with a high school diploma and no college may apply for those. The said percentage of job openings are also available for people who did not finish or attend high school.

In many instances, jobs that do not require a college degree will require some form of certificate program, vocational training, apprenticeship or training while on the job.

Because it involves money, it’s no wonder why many employers would simply opt for college degree holders.

Above, you came across millions of available jobs where applicants are required to have a bachelor’s degree or higher or some college. According to the same provider of the figures: of the 55 million job openings, 20 million of those do not require education beyond high school.

Doing the math, there are 7 million more jobs high school graduates can choose from.

This does not mean, however, that all those 7 million jobs will only go to applicants with a high school diploma and no college. Because recruiters and employers will also consider applicants with some college, including degree holders, chances are that some of them might also go to overqualified individuals.

Median Annual Earnings of People With a Bachelor’s Degree

It’s not just the employment rate and the number of available jobs that are higher for people with a college degree.

The amount of money they make per year is also higher than the annual earnings of those whose highest educational attainment is a high school diploma. A higher starting salary is also something they get to enjoy.

Just to give you a much better idea, here are the highest average starting salaries by major:

Related Article: How to Narrow Down College Majors: Ultimate Guide

College graduates earn about $20,700 more per year than those with a high school diploma.

Most blue-collar job workers are individuals with an associate degree or training related to the field. In many instances, they are also those with a high school diploma only.

Compared to white-collar jobs, blue-collar jobs have a reputation for being lower-paying. However, there are cases where highly skilled blue-collar workers make more money than entry- or mid-level white-collar workers. It all depends on various factors such as the industry, skill level required, hours of work, and prior training or work experience.

To have a much better idea, below is a table demonstrating some of the top-paying jobs for high school graduates and how much they make per hour on average:

Please note that the average salary per hour in the US as of this writing amounts to $16.36.

Interestingly enough, according to an article on The Hill, around 50% of all college graduates from 30% of four-year institutions make less than those with only a high school diploma 10 years after initial enrollment.

Lifetime Earnings of People With a Bachelor’s Degree

Based on the figures provided by CEW, those with a bachelor’s degree tend to make 97% more in lifetime earnings than those with a high school diploma but no college.

Needless to say, having education beyond high school allows you to accumulate more earnings over 50 years from age 20 to age 69 — that’s how SSA defines lifetime earnings.

Here are the median lifetime earnings of people with a college degree or some college:

According to one The Hill article, approximately 60% of college graduates make more money than those with a high school diploma only 10 years from initial enrollment.

However, as expected, there are always exceptions to the rule. As a matter of fact, CEW, which is the provider itself of the figures given above, has provided some trends.

For instance, while degree level is important, occupational choice can undermine it — individuals with less education in high-paying jobs can out-earn those with more education in less remunerative jobs.

Gender and race or ethnicity are considered wild cards with more impact than educational attainment or job title in the determination of earnings.

According to the Institute for Research on Poverty (IRP), nearly 70% of uninsured people are poor or near-poor.

Meanwhile, only 55% of high school graduates have access to health insurance from employers. The figure is lower for people who did not complete high school: 30%.

Health authorities say that life expectancy can be affected by factors such as genetics, environment, health behaviors, and the availability of and access to a quality health care system. But did you know that many of the things we have been talking about in this article are considered important factors, too?

As a matter of fact, according to research by Proceedings of the National Academy of Sciences of the United States of America (PNAS), American adults with a bachelor’s degree could expect to live for another 48.2 years (out of a possible 50), compared with 45.1 years for American adults without a college degree.

Race is often considered a factor in the prediction of one’s life expectancy.

A joint study by the Yale School of Medicine and University of Alabama – Birmingham, however, revealed that race doesn’t matter when education is taken into account. For instance, during the course of the study, 13.5% of black participants and 13.2% of white participants with a high school diploma or less died.

Not having a college degree should not keep you from having a bright future. You can have a high school diploma only and still be able to apply for a job, get employed and make money. Other than being a part of the workforce, you can also choose to establish a business — being an entrepreneur doesn’t require a college degree.

However, while it’s very much possible to have a job without completing college, the employment rate and median yearly and lifetime earnings are lower for high school graduates.

The poverty rate is higher, too, for people whose highest educational attainment is high school.

When choosing between getting a job after graduating from high school or attending college to earn a degree, take into account your career and life goals.

However, keep in mind that no matter your decision, it will take more than just a high school diploma or a college degree to succeed in life. You will also need to have confidence, discipline, determination, passion, drive, perseverance, integrity and all the other traits and qualities successful and happy individuals possess.

If paying for college is your major concern, then depending on your family income check the following two articles: 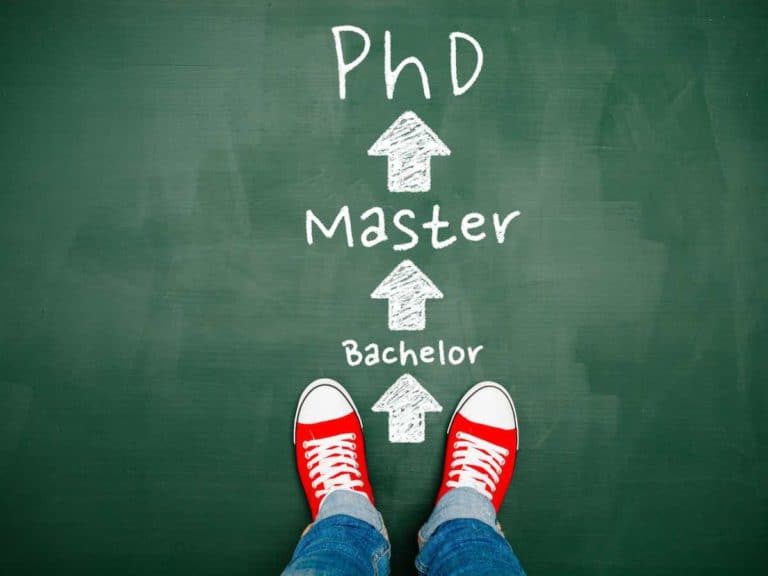 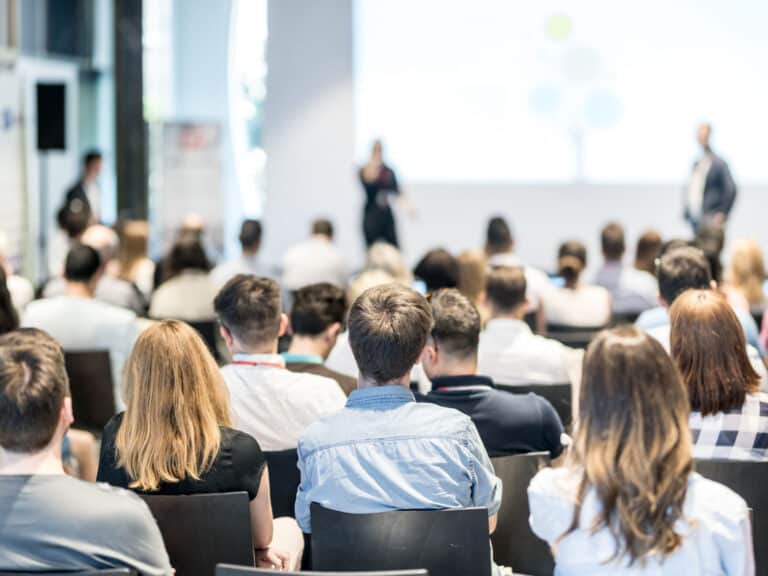 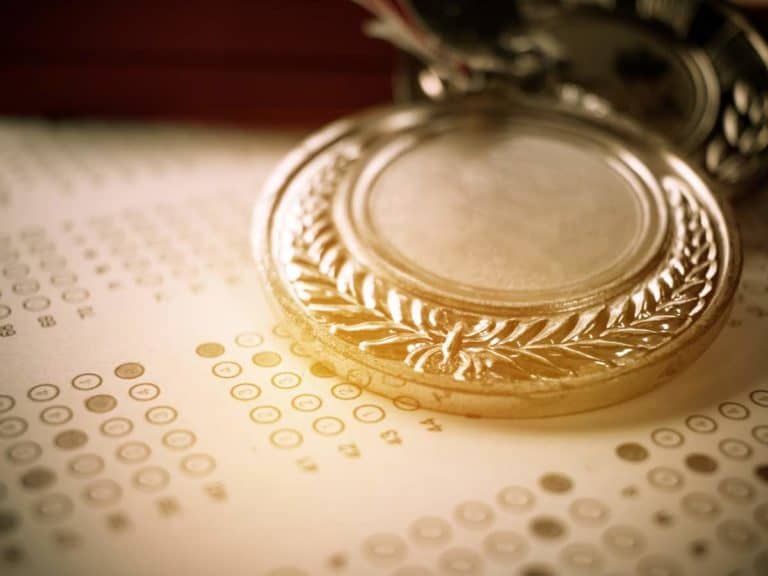 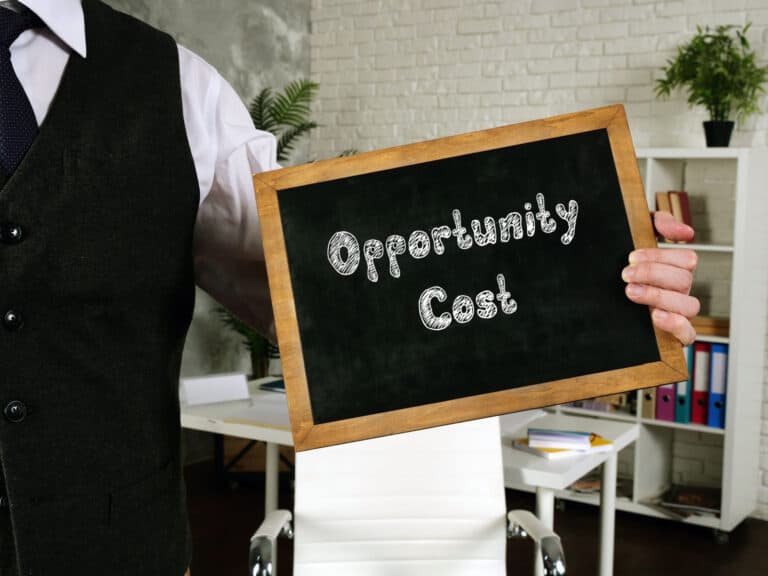 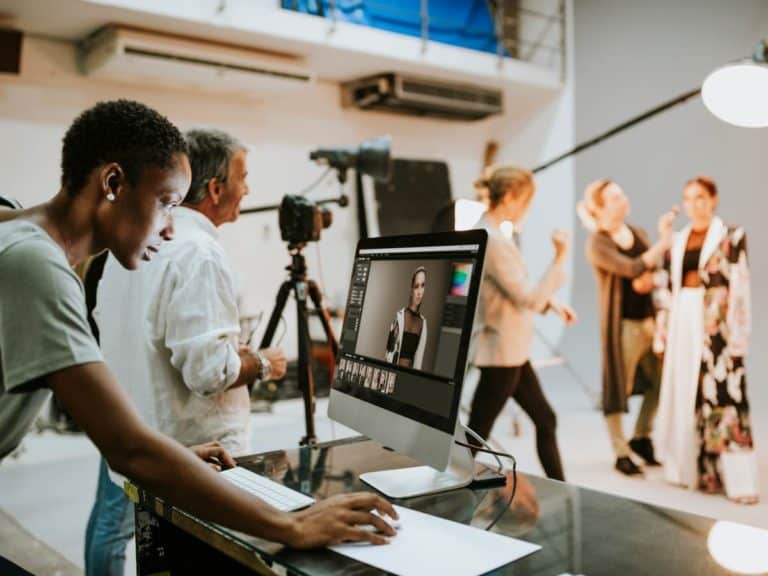 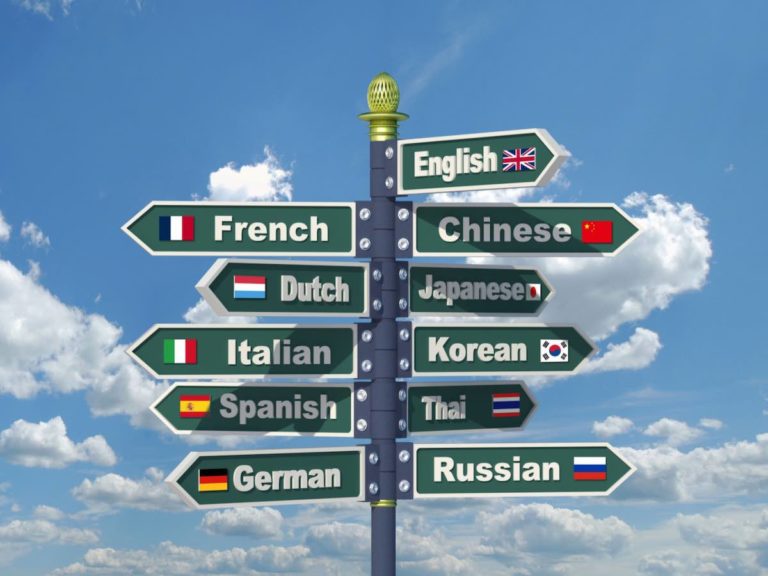