“Hey, mom! My coach just got me a new pair of running shoes and an appointment for a massage right before we leave for Nationals. Actually, he got everyone who qualified for Nationals new shoes.”

This wasn’t the first time my son had called to tell me about the perks of being on the Westmont College track team. In fact, I could fill a book with all the advantages that come with being a student-athlete in college.

The benefits of being a student-athlete in college include a team of lifelong friends, the development of a strong work ethic and other character values, a support system of coaches and mentors, and access to financial assistance, academic resources, and athletic gear, products, and programs.

Of course, some schools have more funding and can provide larger amounts of gear and apparel while other colleges excel at fostering relationships and team building. Sometimes it’s the size of the school or the college’s division within the NCAA that affects the kind of benefits that various universities provide.

Often, it’s the coach and the way in which they relate to college kids and encourage and inspire them that supplies the most beneficial aspects of being a student-athlete.

Six Benefits of Being a Student-Athlete

Since playing a sport in college is like having a full-time job on top of going to school, student-athletes are forced to develop a strong work ethic as they learn to manage their classes and their athletic obligations.

This makes them more desirable in the workforce where employers seek out young adults who can balance rigorous academics alongside extensive practicing and competing.

Leadership skills, discipline, and teamwork are additional attractive and employable proficiencies that student-athletes develop while being a part of a team.

Learning to compete as a team and developing a mindset that puts team before self are qualities that are most often fostered within the confines of college athletics.

College is a time and place for the cultivation of friendships that last forever. And college sports teams take bonding to the next level.

Not only are student-athletes placed in an instant peer group, which some might argue allows you to skip that awkward initial stage of not knowing anyone and having to stumble along looking for new friends, but they are also set up to bond immediately through team-building activities, competitions, and travel.

Student-athletes are surrounded by teammates for much of their non-class time, and most take advantage of being with peers who share their passion for [insert sport here] and grow in friendship and respect due to their commonalities.

Athletes have highs and lows, victories and losses, good times and bad, and it’s those shared experiences that often create and strengthen lifelong bonds between teammates.

It’s in an institution’s best interest to help its students, including its student-athletes, to succeed, and coaches and sports programs are especially concerned about providing every opportunity for their athletes to thrive.

So, it’s very common for universities to have special tutoring and study sessions for their athletes and prioritize their needs over those of regular students.

In addition to receiving first pick of classes, student-athletes often get top-notch advisors and access to state-of-the-art technology to ensure they accomplish all that’s needed to be successful in their studies and remain in their sports program.

Smaller schools may have few academic resources, but since they are small, the coaches are typically in close contact with professors and made aware when their student-athlete’s grades are slipping.

Better communication and one-on-one meetings with coaches and advisors are often more available and convenient at smaller universities.

Student-athletes have a higher graduation rate than non-athletes, and over 80% of Division 1 athletes receive bachelor’s degrees. The NCAA has academic support systems in place to ensure its athletes excel in the classroom as much as the court, field, or track.

Regular students can apply for merit scholarships at private schools and some public schools while student-athletes have access to both academic and athletic scholarships.

Since the majority of NCAA athletes that receive scholarships get partial athletic aid, it’s very common for them to get academic scholarships as well.

As a matter of fact, coaches love when their athletes qualify for merit scholarships so they require a smaller athletic award to complete the financial aid needed for that individual, saving money in their athletic budget.

The only time student-athletes would not benefit from the opportunity of athletic aid is at an NCAA Division 3 school. D3 colleges are not permitted to provide athletic awards.

But if you’re recruited by an NCAA D1 university, you may be eligible for a full-ride scholarship. D2  and NAIA colleges give out partial athletic scholarships. Of course, athletic awards are only available to student-athletes.

Health and Wellness Programs and Gear

Coaches want their athletes to succeed, so it’s not uncommon for them to provide regular workshops, private training, sports gear, and body treatments, including ice baths and massages, to keep them in good shape.

Some colleges even provide meals and snacks free of charge to ensure their athletes are getting the calories they need to perform well.

Injuries are taken seriously, and coaches become advocates for their athletes, making necessary phone calls and getting appointments that might not be readily available to non-athletes.

This may seem obvious, but for an athlete, the chance to train and compete at a high level under expert instruction on a regular basis is a dream come true and, perhaps, the biggest benefit of all.

In fact, one of the hardest times for the high school athlete that doesn’t go on to play in college is the last game or meet of their high school season when they realize it’s the final time they will play in an organized school event.

For many, college sports allow athletes to continue to excel at what they love to do most.

Disadvantages of Being a Student-Athlete

As stated above, being a student-athlete is like having a full-time job on top of taking a full load of classes.

So, naturally, the primary disadvantage of being a student-athlete usually comes down to not having enough time, including not enough time to study, to hang out with friends, to have a job, or to indulge in other interests and hobbies.

If your closest people are not on your sports team and you find yourself suffering from FOMO (fear of missing out) all the time, athletics in college might not be for you. If you’re too tired to focus and study or you’re using your free time to play rather than study, you may need to reassess the value of being on a sports team in college.

And if you have not received enough financial aid to cover the costs of tuition, room and board, and books and supplies without having a job, being a student-athlete may be too much for you to carry.

It’s important to sit down with someone you trust and weigh the pros and cons of being a student athlete. Make a list of things you’d be willing to sacrifice and a list of those things you could not give up.

If the latter outweighs the former, you may need to reevaluate your plan to play sports in college.

Disadvantages to being a student-athlete include the following.

Do College Student-Athletes Do Better?

Whether or not student-athletes thrive during and after college depends on the individual, but according to a new Gallup study, the vast majority of student-athletes fare better than their non-athlete counterparts in almost every aspect of life.

Gallup examined student surveys that covered relationships, health, jobs, and community involvement, all showing student-athletes to have more favorable outcomes than non-athletes in their personal, academic, and professional lives.

Why do student-athletes appear to do so much better than their counterparts? The striking difference, researchers found, is due to “built-in support systems” from which student-athletes get to benefit while in college.

Those advantages above, including mentorship from coaches, close relationships with teammates, academic support, and access to financial help, all serve not only to benefit the student-athletes while they are in college, but also to set them on the path to success long after.

Why Is It Important to Be a Student-Athlete?

Most college athletic teams start with a team-building retreat to create team cohesion, enjoy time together, and recover from intense pre-season conditioning. And as a team, athletes set their sights high for the season, planning to bring home titles, break records, and win national championships.

Inherent in being a student-athlete is setting the bar high for yourself. Rather than settling for good enough, teammates set goals and push each other to do their best. Working hard while doing everything to the best of your ability becomes the default with which a student-athlete approaches life.

Athletes naturally want to win and break personal records. But in college sports, lessons are learned that shape who these kids become as students and, later after college, as employees and people affecting change in the world.

Being a part of a team means applauding the success of others, being willing to sacrifice for the betterment of the team, and being passionate in a way that motivates others. These learned traits serve student-athletes well whatever career they pursue in life since most require their employees to work within a team of some sort.

Is It Worth It to Be a College Athlete?

Once again, the best way to determine if being a college athlete is worth the cost is weighing the pros against the cons. Do the benefits outweigh the sacrifices? Consider the following questions:

Do you enjoy an intense level of working out? Do you do best when you have consistent structure and discipline in your life? Do you look forward to practices and competition?

If you don’t, you may want to consider club or intramural sports, a popular, less-intense athletic option.

In fact, it’s been long believed that physical activity provides a variety of mental and physical benefits. So, it’s little surprise that studies show a link between college sports and getting good grades.

In the college world, athletes have occasionally gotten a bad rap for less than stellar grades in some sports, like football and basketball. These students may find it difficult to stay in shape, manage a full schedule of classes, attend practices, write papers, travel to competitions, and pass exams.

However, the vast majority of high-level athletes have found that the required organization to balance sports and studies pushes them to be more successful in both areas.

The life of a student-athlete is not without challenges, but for many, the benefits are unparalleled and outnumber the drawbacks. Indeed, there are countless ways that the benefits of college athletics serve to transform teenagers into responsible adults equipped to make an impact in the world. 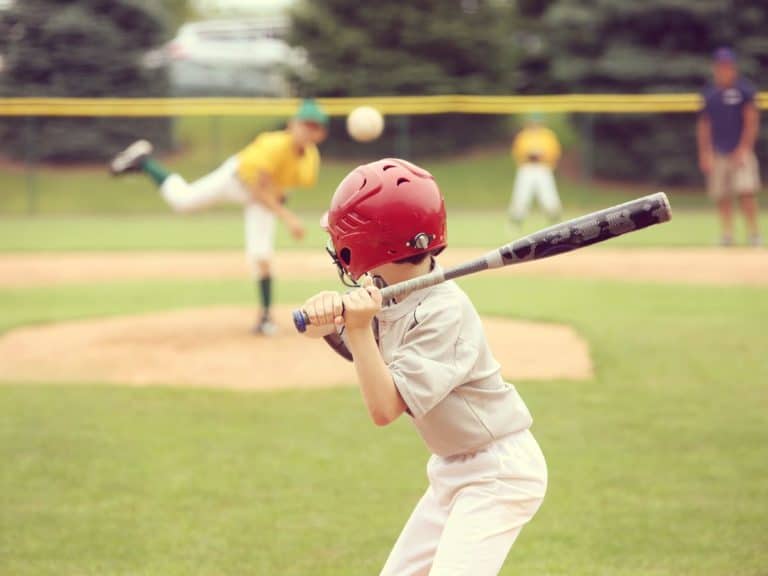 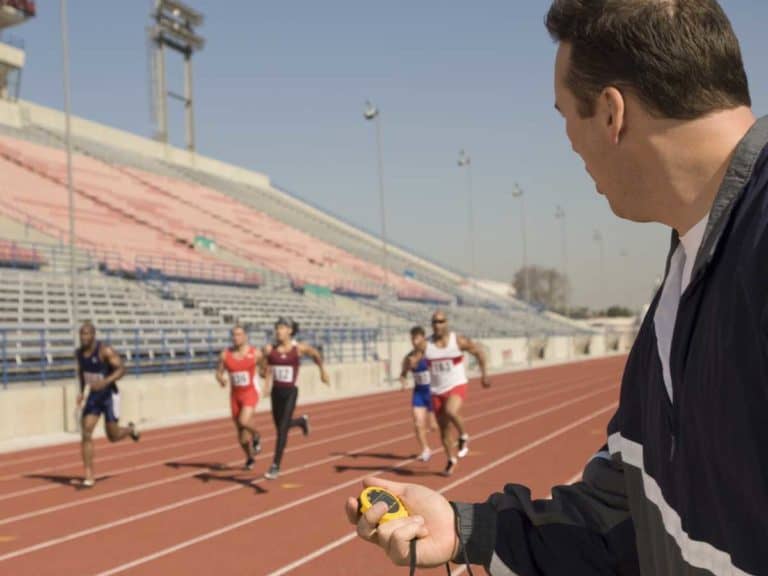 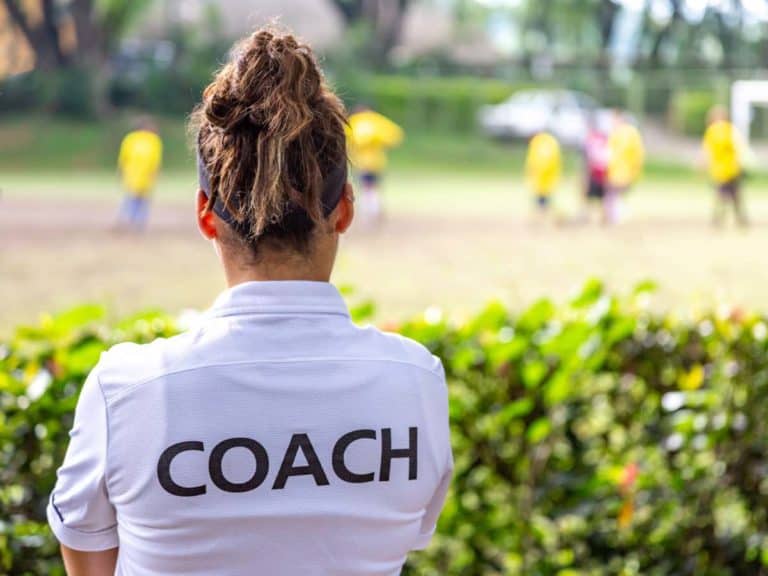 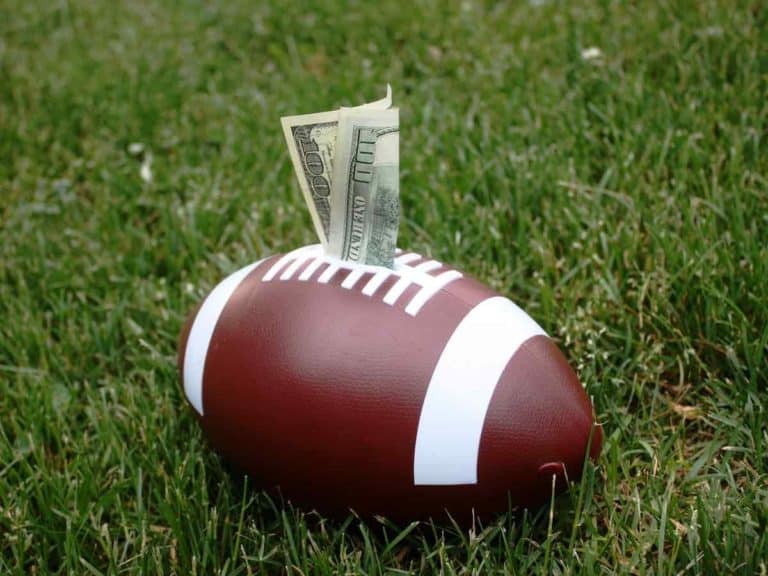 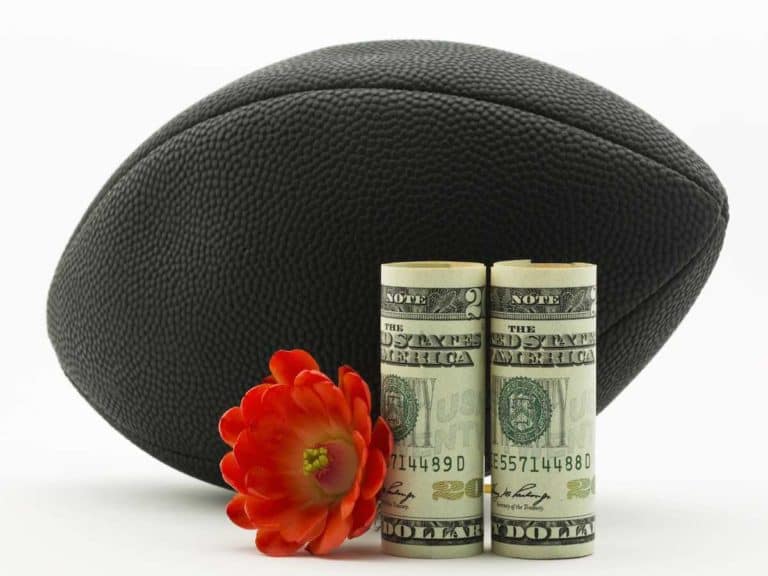