A public research university offers students unique academic experiences and exceptional career opportunities. In the state of Maryland, two schools of such kind exist: UMD, College Park and UMBC. They are related to one another alright, but these non-profit public learning institutions are different from one another in so many ways.

Other schools that are a part of the USM include:

In this article, we will put the spotlight on UMD College Park and UMBC. If you are planning on applying to only one of them, keep on reading to get to know both better, which is crucial in the decision-making process.

Put simply, the University of Maryland (UMD) College Park is the flagship school of the USM. It is one of the country’s leading public research universities. Currently, it is home to more than 40,000 students.

UMD College Park is a regionally accredited school. It is accredited by the Middle States Commission on Higher Education (MSCHE), which is under the US Department of Education. The school’s accreditation was reaffirmed by MSCHE back in 2017 — its accreditation status is reviewed every eight years.

Established in 1856, UMD College Park is the largest university not only in Maryland but also in the Washington metropolitan area. It doesn’t really come as a surprise since its campus measures 1,335 acres and houses over 350 buildings.

UMD College Park offers more than 90 majors. Some of the most popular are Computer Science, Computer Engineering, Biological Sciences, Economics and Finance. The school is also known to have some of the country’s most recognizable and successful athletics programs.

Being a party school, UMD College Park has over 800 fraternities, sororities and clubs. As a matter of fact, according to the Princeton Review, it is the 17th best party school in the US.

UMD College Park is a moderately selective school, with an acceptance rate of 44%. As a test-optional school, it does not require its applicants to submit their SAT and ACT scores. The net price of going to UMD College Park per academic year amounts to $18,459 (in-state, off-campus).

Check out the podcast interview of UMD student, who chose UMD over Northwestern:

Like UMD College Park, the University of Maryland, Baltimore County (UMBC) is a part of the USM. And similar to UMD College Park, UMBC is also a public research university. Over 13,000 students are attending it today.

UMBC is a regionally accredited school.

Established in 1966, UMBC was the last school to become a part of the USM. It is one of the smallest, too. UMBC’s campus size is only 530 acres, and it houses 70 buildings.

Despite being smaller campus size-wise than UMD College Park, UMBC offers more majors — more than 100. The school is well-known for majors such as Computer and Information Sciences and Support Services, Biological and Biomedical Sciences, Psychology, Social Sciences and Engineering.

Unlike UMD College Park, UMBC is not a party school. Still, its students have more than 200 fraternities, sororities and clubs to choose from.

Also, Baltimore County (where UMBC is located) has a number of lounges and bars that UMBC students may visit each time they would like to unwind and hang out.

With an acceptance rate of 61%, UMBC is a moderately selective school. It also does not require the applicants to submit their SAT and ACT scores since, just like UMD College Park, it’s a test-optional school. The net price of attending UMBC for one academic year amounts to $$17,887 (in-state, off-campus).

Check out the podcast interview with a student, who preferred UMBC over Vanderbilt:

Most students apply to anywhere from eight to 12 colleges and universities. Applying to more schools can help increase one’s chances of getting accepted to at least one school.

However, it can also take up time and, in many instances, money — the average cost of applying to a school is $43.

It’s because of this why it’s a more sensible move to apply to no more than five to seven schools.

With so many choices, it can be challenging for many students to keep their list of schools to apply to short and sweet.

Sometimes, taking a look at a quick comparison of different schools is enough to give you an idea of which should stay on the list and which should be crossed out, thus helping to keep your list more manageable.

Let’s take a look at a table comparing UMD College Park and UMBC on various factors:

Based on the table above, you will find it easier to choose between UMD College Park and UMBC according to certain factors, be it the campus size, number of students, acceptance rate, or student-faculty ratio.

However, it’s not really recommended to decide based solely on what you saw in the table above. In many instances, it’s a good idea to take a more in-depth look at each of the schools you have shortlisted.

As they say, never judge a book by its cover, and getting to know a school more will let you know whether or not it’s the right one for you.

Keep on reading if you want to get acquainted with both UMD College Park and UMBC better!

First things first: Always take college ranking guides with a grain of salt. College rankings are based on subjective criteria.

So, in other words, what’s exceptional for one company that dishes out rankings may be unexceptional for another. Although many students check them out, ranking systems are not well-respected in academia.

There is one phenomenal college ranker out there, and it’s none other than you!

However, it doesn’t necessarily mean that you should steer clear of ranking guides. Especially if you are torn between two or more colleges and don’t know what to do, you may use popular college rankings as starting points.

Let’s take a look at the ranking of UMD College Park and UMBC by seven different companies:

Based on the table above, it’s clear that UMD College Park consistently ranks higher than UMBC. The differences between the rankings of the two Maryland-based schools are substantial, too.

The only time when the two are almost neck and neck is on College Choice’s ranking for the 15 Best Colleges in Maryland in 2021.

Just because UMD College Park always ranks higher than UMBC doesn’t mean that it’s the school for you.

For instance, if you are not that confident with your admission essay, GPA, and SAT and ACT scores, it’s a good idea to consider applying to UMBC. That’s because, as indicated earlier in the table comparing the two schools, UMBC has a higher acceptance rate — 61% vs. 44%.

Many students find it daunting to apply to very selective colleges. That’s because they fear that their chances of getting accepted are very small, especially if they apply together with bright students. When it comes to determining the selectivity of a school, the acceptance rate is taken into consideration.

As a general rule of thumb, the smaller the acceptance rate, the more selective the school.

The most selective US schools accept lower than 15% of all applicants. According to US News and World Report, some of the most selective schools, based on the fall 2019 entering class, are the following:

To get accepted, you should meet or submit all admission requirements. They include the application form (both UMD College Park and UMBC accept the Common App), transcripts, letter of recommendation, and admission essay. Similarly, you should also impress the admissions officers.

Currently, both UMD College Park and UMBC are test-optional schools, just like many other US schools. So, in other words, submitting your SAT or ACT scores may or may not be done.

According to a 2021 survey, up to 71% of high school students say that it’s not likely for them to go to college because it costs too much. Many undergraduates are quitting college, too.

It cannot be denied that the cost is one of the most important considerations when it comes to choosing a school.

There is no point in going to the perfect college if you cannot afford to go there in the first place. Making matters worse is that many students take a look at the sticker price only, overlooking the net price in the process.

Put simply, a school’s sticker price is the total expense per year. It’s also called the cost of attendance (COA).

Tuition, books, room and board — these are the things that make up the sticker price of a school. In many instances, also included are other fees that the school may charge its students.

When applying to a school and your budget is an important decisive factor, don’t just focus on the sticker price. It’s a much better idea to put emphasis on the net price, which is what you will end up paying.

The net price is the cost of going to school with the scholarships, grants, and aids deducted from the sticker price.

Needless to say, the sticker price is always higher than the net price.

The figures mentioned are not the amount of cash that students applying to this school will have to shell out. That’s because receiving financial aid will lower the sticker price, giving way to a lesser net price.

Also called university-based aid, institutional aid is actually a grant or scholarship, which, unlike a loan, doesn’t have to be paid back.

For instance, I know many families with children in both universities and some have received better scholarship in UMBC, and some in UMD. So, it does make sense to make decision which school is more affordable only after receiving an aid package from both institutions.

They may not be on the top of many college ranking guides alright, except on College Choice’s ranking for the 15 Best Colleges in Maryland in 2021, where UMD College Park ranked 3rd and UMBC ranked 5th.

However, it cannot be denied that both UMD College Park and UMBC are good schools. As a matter of fact, they are regionally accredited schools, which means that they were able (or continue) to meet or surpass the high standards set by the regional accrediting bodies that gave them their accreditation.

UMD College Park offers more than 90 majors. Back in 2019, some of the most popular majors for the school’s graduates are Computer Science, Computer Engineering, Biological Sciences, Economics and Finance.

Besides over 90 majors across 12 colleges, UMD College Park also offers more than 80 minors.

On the other hand, UMBC offers more than 100 majors. Some of the most popular majors among the school’s 2019 graduates include Computer and Information Sciences and Support Services, Biological and Biomedical Sciences, Psychology, Social Sciences and Engineering.

The freshman retention rate is an important number. That’s because it indicates how many freshmen students are happy enough to go back to the same school and enroll as sophomore students.

Just Before You Apply to UMD or UMBC

Both UMD College Park and UMBC are respected public research universities and a part of the USM, whose 11 campuses are spread across the state of Maryland.

Although these schools have certain things in common, there are also many things that set them apart. It’s because of this why you may have a hard time deciding whether you should go to UMD College Park or UMBC.

If you live in Maryland, I strongly suggest applying to both and if possible tour both campuses to get a better feel. In the end, I know many students chose UMBC because they like smaller schools, and many chose UMD because of higher rankings. 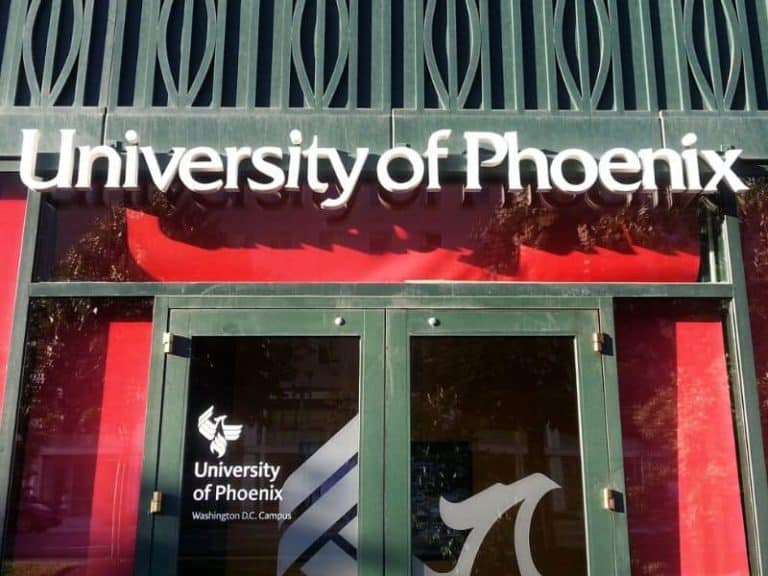 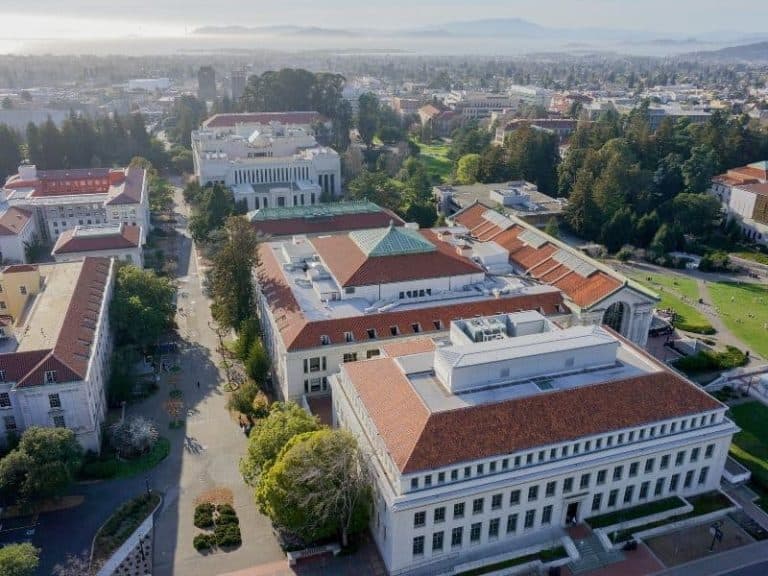 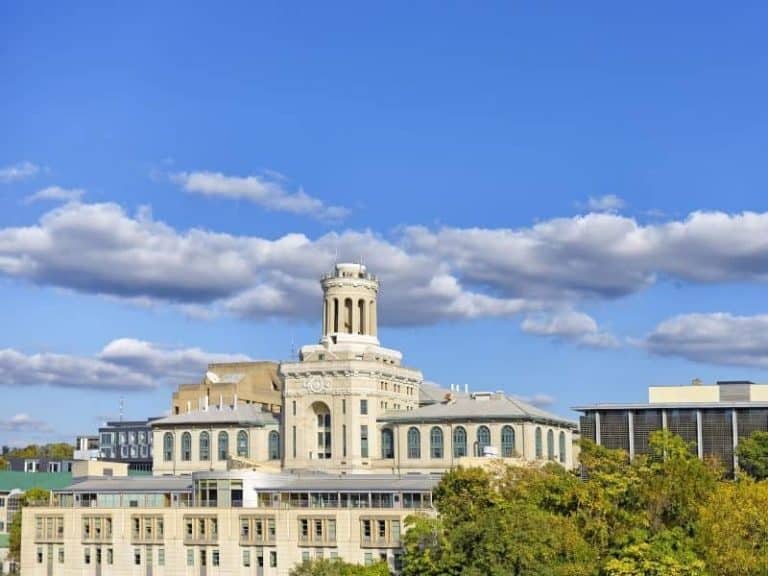 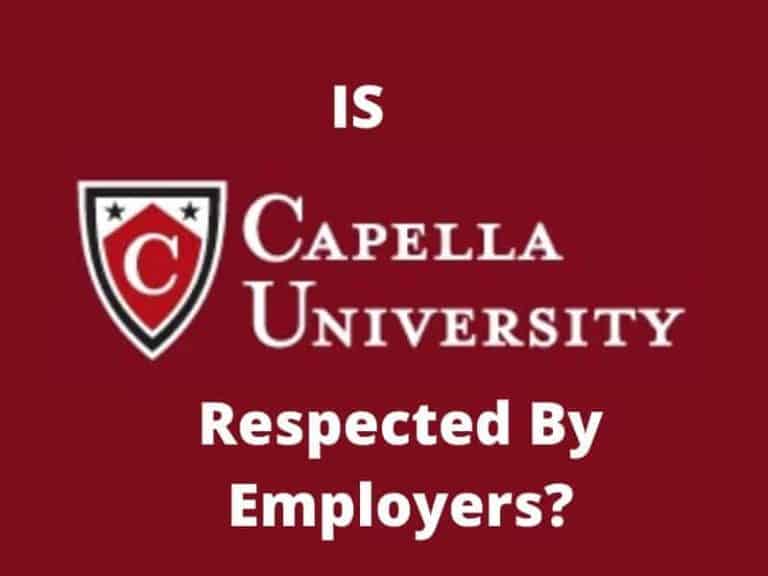 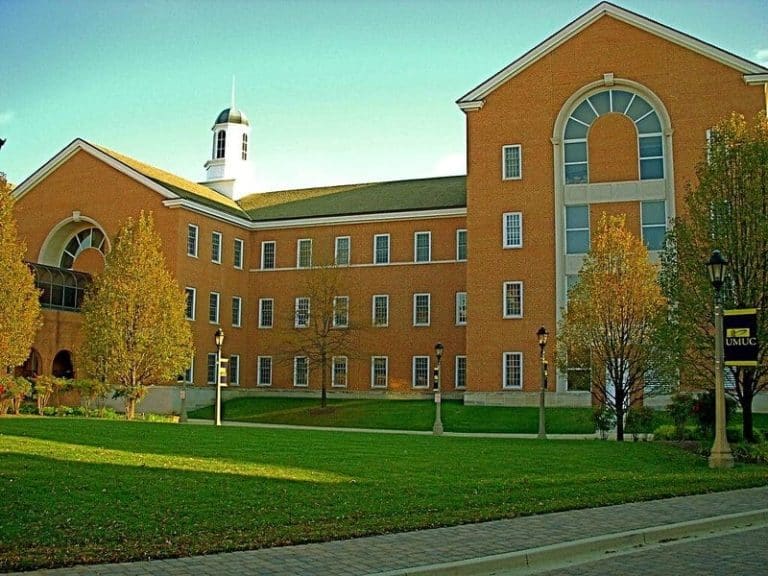